Here we go again, this time from the Detroit Free Press:

Court-appointed attorneys rarely put up much of a fight for their clients, a State Journal review of 2015 invoices for felony cases in Ingham, Eaton and Clinton counties showed. Less than 2% of criminal cases with indigent defendants went to trial, meaning defendants took plea deals in almost every case.

The records also indicate attorneys sometimes reached out to prosecutors to begin plea-deal negotiations before even meeting with their clients.

Preliminary hearings, which are supposed to determine if prosecutors have enough evidence to proceed, were waived in three-quarters of criminal cases. Motions challenging the prosecution were filed in only about 8% of cases and the counties paid for outside experts and private investigators in only 2% of cases. Several attorneys told the State Journal they don't often ask for experts because they know they'll be denied or won't get enough money to fully pay for an expert even if the request is approved.

Even when charges include a penalty of life in prison, only about 12% of cases went to trial and prelims were waived in 42% of cases, the records show.

The problem isn't the lawyers.  The problem is the perverse incentives created by a system where the government is forced to fund lawyers to work against the government.  The system works best for everyone else (judges, prosecutors, police, etc) when those lawyers don't work very hard and don't get paid well for the work they do.

“I think that it’s a broken system," area defense attorney Jamie White said. "It's not only broken in our community and our state, but it's broken across the nation.” White said he rarely does court-appointed work, but his law firm is often hired by defendants who previously had public defenders.

U.S. Supreme Court decisions in the 1960s guaranteed more rights to criminal defendants, such as the right to an attorney and protections from unlawful search and seizure. That made cases more complicated just as lawmakers across the country got tough on crime and funneled more defendants into the criminal justice system by cracking down on drugs and other offenses and boosting police budgets.

One would think that it would be more difficult for the government to incarcerate someone after the advent of the right to a public defender in 1963, but just the opposite has happened: 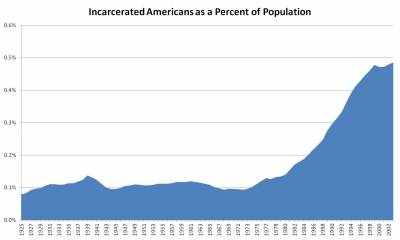 Some of the problem may be the abuse of the indigent defense system.  In many counties, there is little or no screening of who qualifies for a public defender.  As such, the public defender ends up saddled with defending people who should and could hire their own attorneys.  That leaves even less time and resources to spend on the truly indigent defendants.  Unfortunately, there's little political will to reduce the public defender workload with better screening, because the government likes to keep public defenders overworked and underpaid.

Most counties in Georgia use a full-time Public Defender, including Fulton and Dekalb Counties.  A few of the more populous counties outside of Atlanta use an appointed attorney system, such as Cobb, Gwinnett, Cherokee and Forsyth.  Wherever a person is arrested in Georgia, there is some sort of indigent defense system in place.  But defendants who can afford to hire their own lawyers should probably do so.  Lawyers are more affordable than people think.

Tags:
Indigent Defense Judicial Process Public Defenders
You CAN Afford A Lawyer
“Fir$t, We Need to Under$tand We Didn't Get Into T...

Making Us Safer, One iPad at a Time